Talks on parades, flags, the legacy of the past, outstanding issues of the Good Friday and other agreements and financial issues look set to fail yet again due to the inability of Unionists to compromise. As demographics change Unionists must surely realise that they would be better off cutting a deal now from a position of strength rather than in a few years down the line when the increasing Catholic population turns into increasing Nationalist political representation. This is because if the correlation between religion and voting patterns remains strong, Unionists might find that when the time comes to move from the "not an inch" mentality that they have no cards left to play.

The latest snapshot of demographic change can be seen in the 24th Monitoring Report. The report carried out annually by the Equality Commission provides a breakdown of the community background of the monitored workforce in the North of Ireland in the prior year.

The latest publication tells us that in 2013 Catholics made up 47.0% of the workforce and Protestants made up 53.0%. The Catholic share continues to increase as the Protestant share declines (by around 0.4% per annum). In 2013 there was a 0.8% swing on prior year figures. We are rapidly approaching parity. 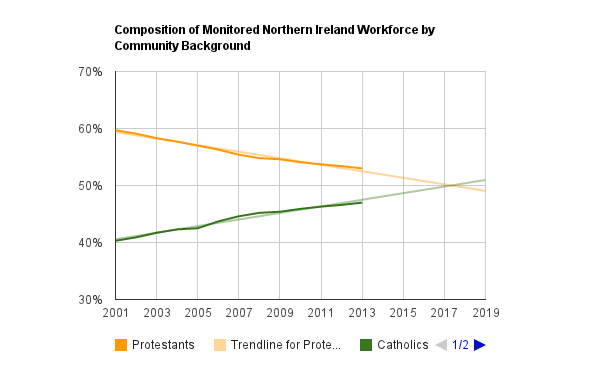 The reason for the convergence can be explained by the net effect of those entering and exiting the workforce on a yearly basis.

Catholics (52.0%) again had a greater proportion of Applicants than Protestants (48.0%). This trend is accelerating as school leavers and graduates (which are majority Catholic) enter the workforce. 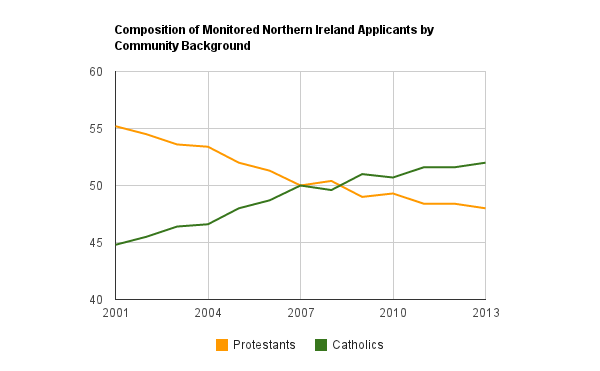 In 2013 the Catholic share of the Appointees to the workforce increased by 1.5% to 52.4% suggesting that the slight decline in 2012 was temporary and the overall trend of increasing Catholic appointees from 44.8% in 2001 continues. 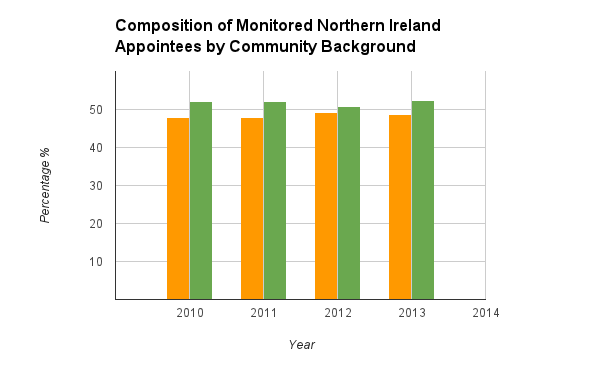 One would expect the vast majority of Leavers of the workforce, do so due to retirement. We know that Protestants make up approximately two thirds of people of retirement age. It is therefore quite puzzling why Protestants only account for 50.7% of leavers. The Catholic share was 49.3%. 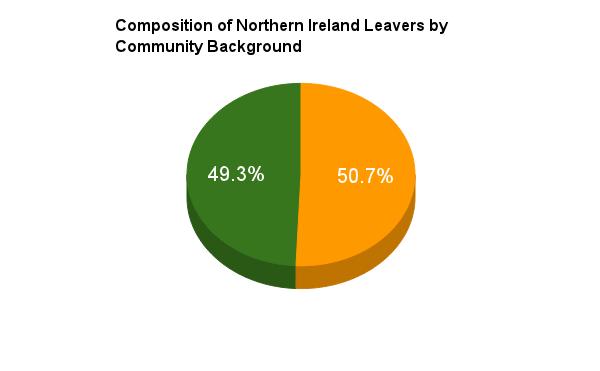